Last weekend we decided to finally get our holiday cheer in gear and get a photo for our Christmas card this year. Whoa that was a lot of rhyming!

In the perfect world we would have a family photo but that is a little complicated even when setting a timer. So we normally just put Sophia on our card..and lets face it she really is the cutest out of the three of us. :) Here are a few of our favorites: 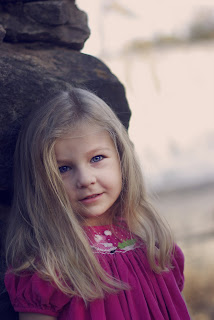 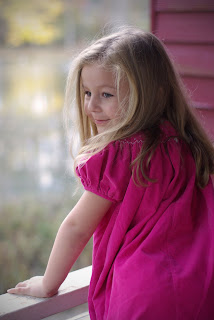 These next three were suppose to be her 4 year old pictures but they turned out so cute we may use one of them. The lighting that day was great! 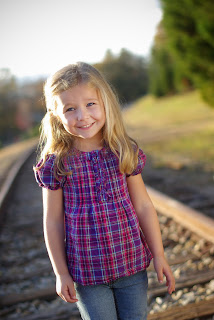 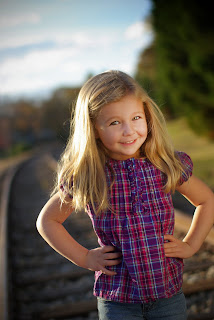 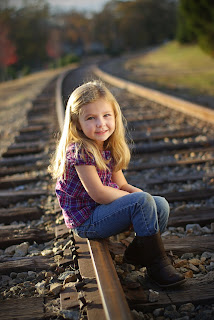 So I haven't actually shown you the one we picked you will just have to wait for your card in the mail. :)
Posted by Tara Ball at 9:08 AM 1 comment:

Dusting off the ol' blog

I haven't posted in awhile and I really don't have a good excuse I just wasn't motivated. We have done a lot of things and most of the post worthy I just was in a blogging slump. So I'm officially dusting off my blog and am going to try to get better about posting. I should also have more to blog about now since the holidays are fast approaching!

We have been very busy around here lately. We went to visit Phil's family in England in the middle of October. Then when we got back it was time for Halloween!! Those of you who know me know I LOVE Halloween it really is my favorite Holiday. This year Sophia decided that she wanted to be Captain Hook. She has been obsessed with the Peter Pan story lately and I thought for sure she would want to be Wendy or Tinker Bell. I was absolutely floored when she announced she wanted to be Captain Hook. So here is Sophia aka Captain Hook: 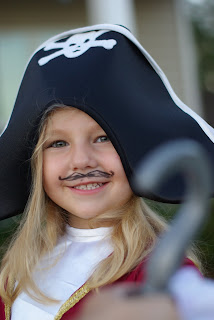 The biggest event for us in October was going to England. This was Sophia's very first flight. Yep I know we do it right..just go ahead and start her out with an eight hour flight. Luckily it went well and she slept pretty good on the flight and only got antzy when it was about time to land and who wouldn't be after sitting that long. We had a lot of fun and the time change didn't really mess with us that bad. It was nice seeing all of Phil's family again most of them haven't even met Sophia. She also got to see two real castles. I actually think the second one she liked more because she had more freedom to run around and there was basically no one there. Leed's was very nice but very busy. They have a great play area for the kids though and a very confusing hedge maze. Instead of posting a lot of photos Phil made this really great video that sums up our trip in about three minutes.

So that is a bit of a catch up for now. I need to get little bit up from her nap. I will post about Savannah tomorrow!