We had a very crazy/busy Saturday but it was really a lot of fun! We started off by celebrating Sophia's 4th birthday party at Jumping Jellybeans in Peachtree City. I think she had a lot of fun with her friends. She always loves to jump and almost everyone came. This is such a busy time of year it gets really hard trying to plan a birthday party in the mix.

Sophia and Sophie...they met at ballet. :) 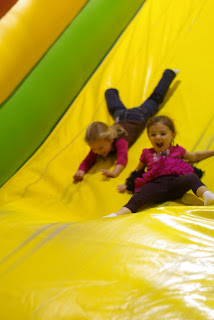 One of Sophia's very good friends Blythe. She is just so cute I had to share her picture. 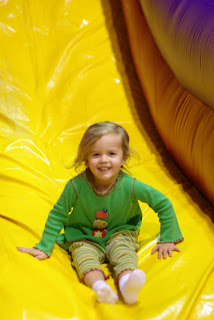 This is a group shot taken by the staff. It's a little grainy/blurry but it will be nice to have in her photo album. 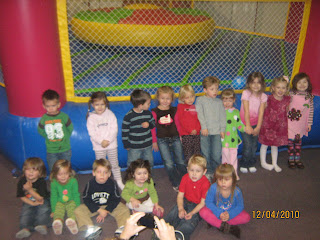 This one made me laugh! 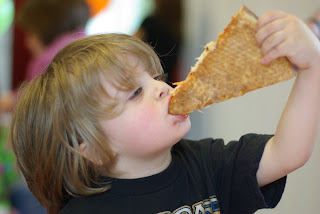 The highly anticipated Princess Cake. She LOVED it!! 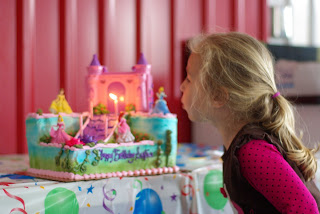 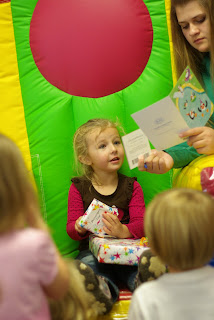 After the party was over we rushed back down to Senoia to have Sophia's picture taken with Santa at You're Invited. We got there early and the staff was nice enough to go ahead and let us go first. Sophia loves Santa now..there was a time that if he just looked at her she would cry. Granted I think that time was when she was two and I would have cried as well. :) She got to tell him everything she wanted and even told him about her birthday party. Pictures will come later for that it was a package deal so we have to wait on pics.

After we left Santa we went home to rest for about an hour and then we were off to another birthday party in Fayetteville at Chuck E Cheese. There are also no pictures from this event just because if you have ever been to a Chuck E. Cheese you know how crazy it can get and especially on a Saturday. Sophia did have a lot of fun and got to play almost every game. She was really tired by this point though and we did have a few meltdowns. We left before cake and opening presents because we were meeting Phil in Senoia for the Christmas parade.

Sophia fell asleep in the way home and I think the power nap did her a bit of good because she was acting better at the parade. If you have read my blog for very long you know this is a yearly tradition for us. We have pics of ourselves at this parade from 2005 when we were thinking about having a baby. It is fun to see how we and Sophia have changed every year. Sophia's new tradition is getting to ride the ponies at Memorial Day and Christmas. They bring the same ponies to both events and her favorite is Razzle. Luckily she has always been able to ride him. I think she thinks he is her horse. :)

Sophia riding Razzle...I'll have to find a picture where you can see him. 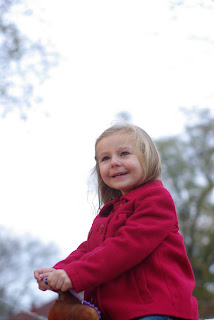 A few cute pics Phil took of Reagan and Sophia while Kandis and I were getting cotton candy. 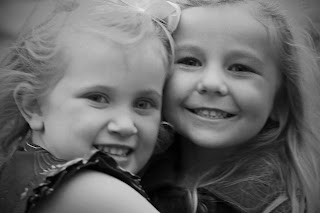 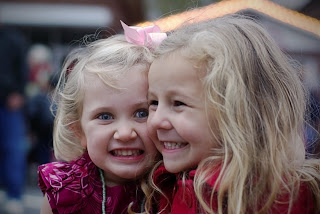 So that was our Saturday very fun but I was wiped by the end! :) I hope you all had a nice Saturday as well!
Posted by Tara Ball at 10:32 AM No comments: